Earlier this month we announced we’re partnering with PlayStation to publish EVE: Valkyrie as a physical retail disk for the launch of PlayStation VR on 13 October, 2016. It’s a project we’ve all been working on for a long time, and we’re excited to finally reveal all the details.

No matter whether you choose to pick up EVE: Valkyrie on disk or as a day-one digital download (both priced at $59.99/£49.99/€59.99*), you’ll get the same great collection of content. At launch, each version of EVE: Valkyrie includes the limited edition Founder’s Pack.

We’d deserve to be jettisoned into the blackest reaches of space for leaving this out of the box. Anyone who buys the EVE: Valkyrie + Founder’s Pack bundle at launch will get the game press and players around the world have called the “killer app” for virtual reality. And because we’ve been developing the game from the ground up for cross-platform play, the PS VR version of Valkyrie will include everything that’s been released so far on Oculus Rift, including the Carrier Assault update and some great new content we’ve been announcing this week (stay tuned). 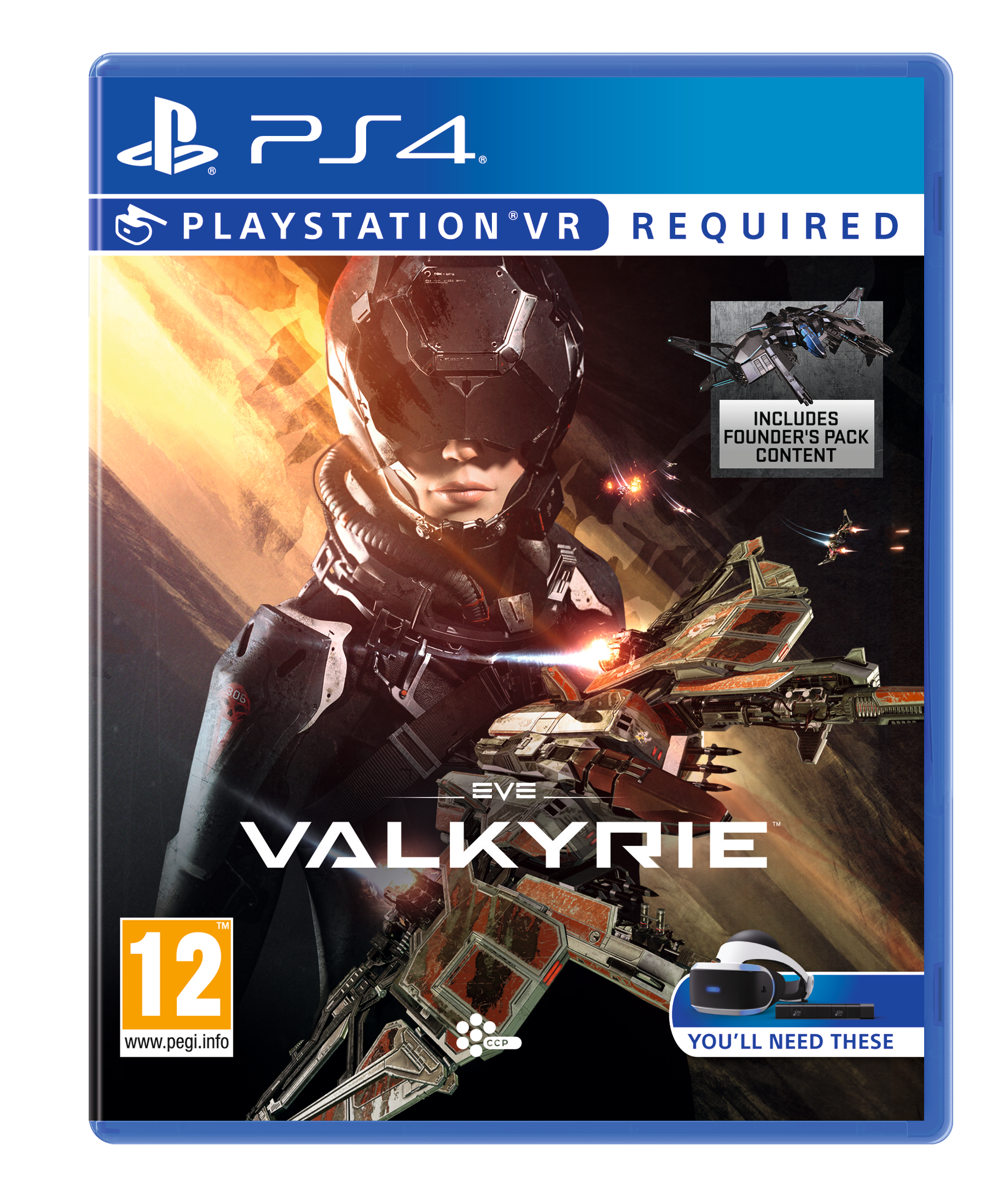 When you join Rán's founding Valkyrie squadron on PS VR you’ll receive the PlayStation-exclusive ‘S4 Wraith’ legendary fighter, a fully upgraded premium ship. With its unique black-and-blue paint job and sleek cutaway wing styling, the S4 will never be mistaken for ordinary. And when you’re in the cockpit, you’ll be surrounded by a custom PS4-themed HUD and interior design. Look closely enough, and you might even notice that the yoke resembles a certain popular game console controller…

Gear up for battle in the striking ‘Cobalt’ Flight Suit, the latest in Valkyrie pilot tech. All PS VR pilots who buy EVE: Valkyrie at launch will automatically be outfitted with the Cobalt, instantly setting them apart from their counterparts on Rift. Whether you’re prepping for battle in the Clone Vat or scrolling through the carousel of pilots in the post-match Results screen, you’ll see PlayStation and Rift pilots represented with their distinct suits.

Display your PlayStation VR Founder’s status with a unique PlayStation Network Avatar. The notorious skull symbol has been striking fear into the hearts of pilots across the cluster since they broke away from the Guristas to form their own pirate faction. Wear it with pride.

Join our growing community and show off your PlayStation VR Founder's Pack on the official EVE: Valkyrie forums. Because the only thing better than one skull is a set of three skulls.

Spend your stockpile of gold on unique paint jobs, XP boosters, and other optional ship customizations. Spend it all at once or save it for a rainy day. Whatever you do, don’t let it leave your sight.

So that’s an in-depth look at what’s inside the EVE: Valkyrie + Founder’s Pack bundle, available at online retailers and inside your favorite buildings with walls and humans on 13 October, 2016. Looking forward to locking onto our PlayStation pilots soon!