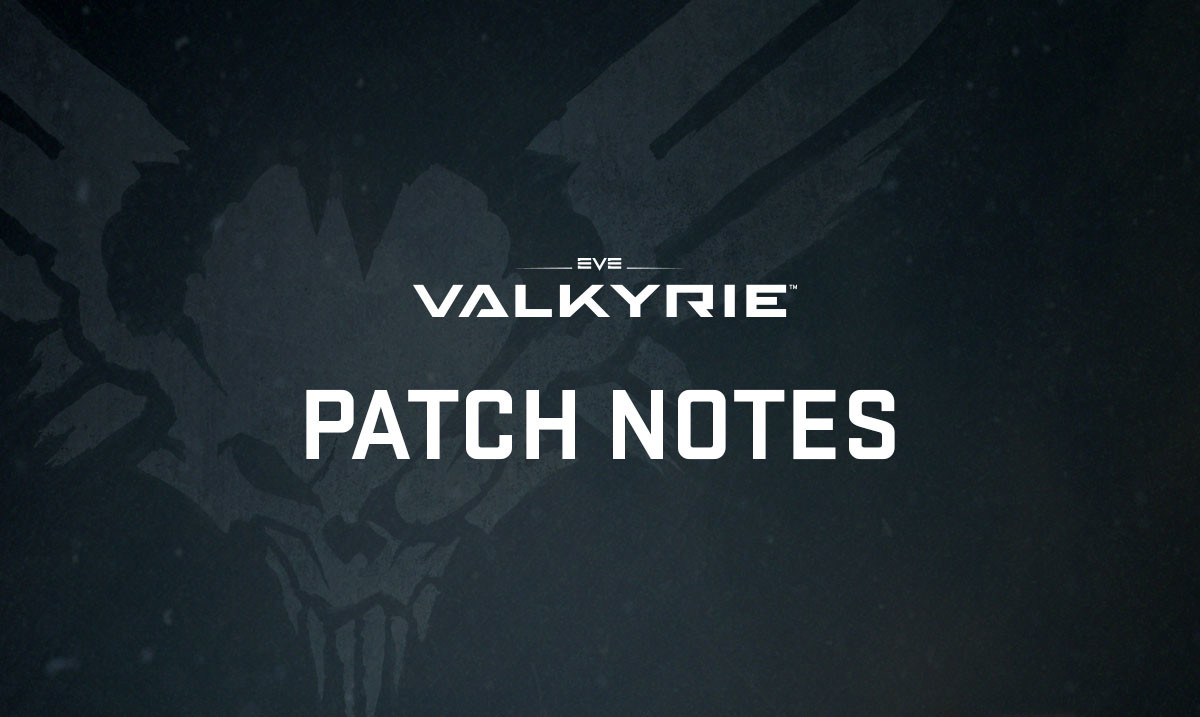 This Wednesday EVE: Valkyrie will receive a small patch (2017_R1.1) containing a reset for the EVE: Valkyrie League Alpha, and many performance improvements and bug fixes.

As part of our continuing work on the Valkyrie Leagues Alpha, we’ve taken your feedback on board and updated our League score calculation. With this update, all current League scores will be reset, and we’ll need players to take some time playing PvP matches while the new League calculations get to work.

This feature is still in Alpha, and we’re committed to using your feedback to help us keep improving it, so please do keep an eye on your new League score as it progresses and let us know your thoughts!

In addition to our work on the Alpha Leagues feature, we have a range of improvements for matchmaking, general game play and various bug fixes listed below:

In order to give our players the best possible experience, we are making some changes in order to help you guys get straight into combat, offering more immediate action in battles with more players:

Carrier Assault was our first major free update back in June 2016 and it will continue to be a combat favourite as part of the ‘All Modes’ section. This change will ensure our players are match-made into more populated matches, as we previously divided players who selected Carrier Assault Only and those who were playing Carrier Assault as part of an ‘All modes’ playlist.

Previously a match would not let a player join if there was less than 2 minutes of a match remaining, this has now been decreased to 1 minute remaining, increasing your chances of finding a player-populated match We feel that making these changes will help players to have the best time as quickly as possible– playing in more populated battles with no delay, with a great mix of content.

Our coders have also been working hard on improving performance in specific areas, these are listed below:

And last but certainly not least, the audio team have made various improvements and bug fixes for this patch too, these changes are listed below: