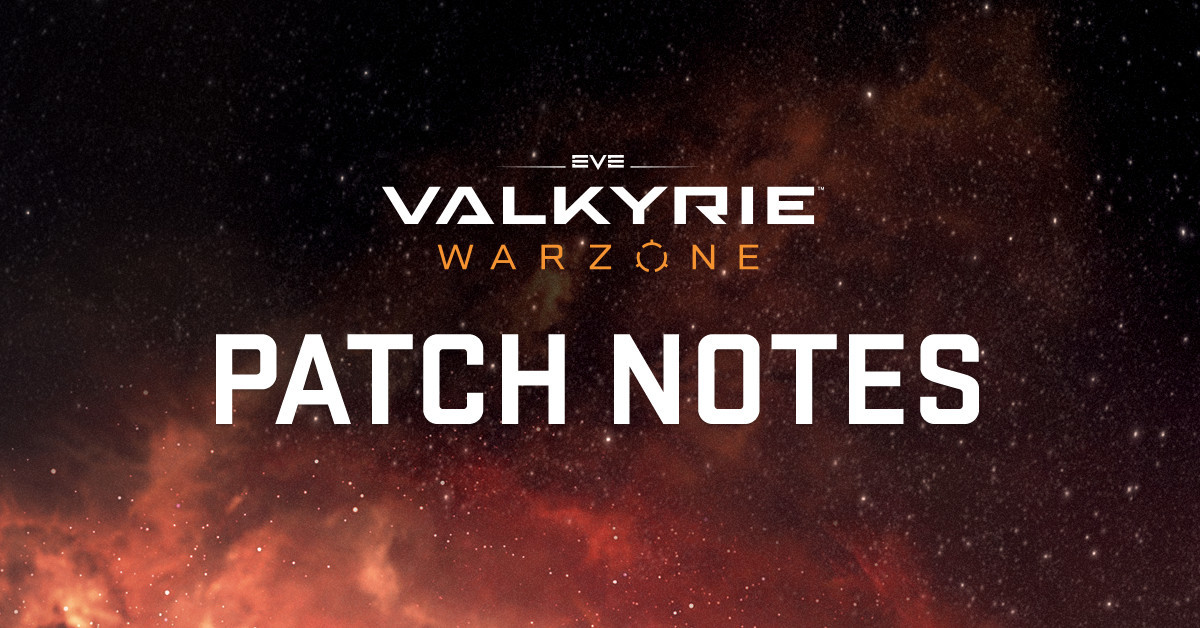 Today we’re releasing another small patch containing some key improvements for Valkyrie that the community has highlighted to us, including updates to input customisation and improvements to AI behaviour, PvP matchmaking, as well all-important bug fixes.

With this update we’ve improved AI participation in both Carrier Assault and Extraction game modes; for Carrier Assault they’ll now make more frequent use of Warp Gates to travel across maps, as well as avoidance improvements while navigating.

You’ll also be able to customise your control inputs during a game while in the Tactical Menu, which should make trying and testing different control layouts much easier. We’ve also added a new preset for Controller, Mouse and Keyboard, and Oculus Touch called ‘Custom’. This will use the default binding for that input, and as with all our input presets, you can customise it however you see fit. Additionally, this will enable you to save an additional custom preset with each input device.

We’ve also made a change to our matchmaking to address community feedback and reduce the frequency of unbalanced matches. Previously players from rank 6-10 were kept in separate PvP matchmaking before reaching rank 11 and upwards. As part of this patch we’ve expanded this pool to players ranked 6-26. This won’t stop you forming squads with other players regardless of their rank, and if you join a squad with a higher ranked player, you’ll be placed in the matchmaking pool according to the highest ranked player in your squad.

You can find all our changes within this patch listed below: